The piece has been identified by Gerhard Söhne. It is a work by Alessandro Piccinini: Aria III Con parte variate. From Piccinini: Intavolatvra di liuto, et di Chitarrone. Libro primo, Bologna 1623, p. 49-51. But the version below is simpler and stems from another edition (possibly a pirate print?).

Pietro Prosser sent me the request of the art historian Anna Bianco about the back of a picture that was drawn on a copper plate. The picture probably was made around 1640 in Italy (Rome/Bologna). On the other side the printing plate of a yet unknown piece can be found. If someone is able to identify the piece, it would be fine to contact me (see contact).

PDF of the transcription I made  Midi-File

In the meantime lute builder Gerhard Söhne has made a version by changing bars. 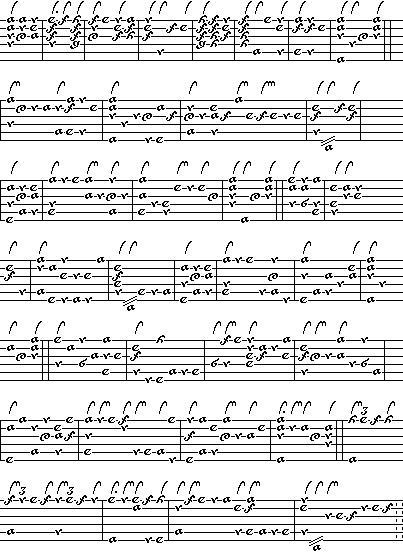 The resulting Galliard has a regular structure of 8 measures and indeed could be the original version. He also supposed, that the plate had been thrown away because of the wrongly set bars. 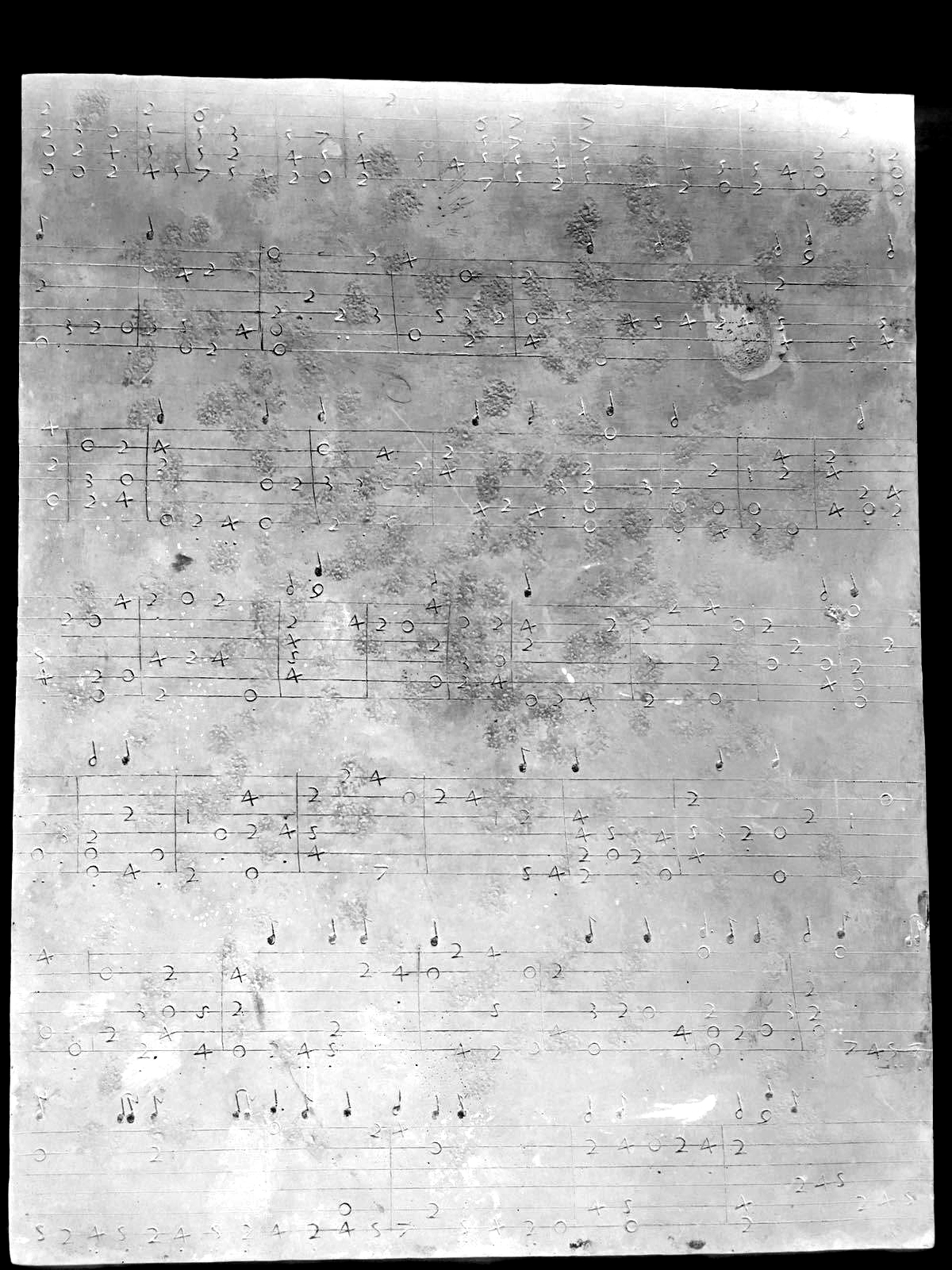